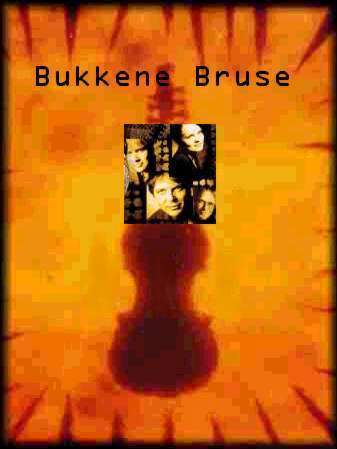 Bukkene Bruse, existing since 1988, has over the years given numerous concerts both in Norway and abroad. Their reportoire includes a varied and exciting selection of Norwegian folk music, but also new compositions and music from other Norwegian traditions. The group aims to present the different strands of folk music that exist in Norway. Although based in local musical traditions, the group creates new arrangements that give their music a unique expression. Their musical arrangements explore and deepen the unique traits of the folk music, rather than expanding their music into other genres.

The autumn of 1994, Bukkene Bruse represented Norway in China, as part of the celebration of forty years of cooperation between the two countries. In addition to giving a concert in the Haidian theatre, together with Sissel Kyrkjebø and her band, they played together with leading Chinese musicians, entertaining both the Chinese government and the Norwegian foreign minister.

The group's debut CD was released in August 1993, and received high praise by the critics. Their second CD, 'Åre', released in 1995, explores the musical ideas from their first CD even further. This time with arranger/keyboardist Bjørn Ole Rasch. It also reveals the development the musicians and their work have experienced over the last years.

Two years previous to the Lillehammer Olympics, the LOOC chose Bukkene Bruse as official Olympic musicians. This brought them to Atlanta, Tokyo, Barcelona and Munich, and included touring with Queen Sonja's exhibition 'Winterland'. During the month of the Olympics, the trio had a very hectic schedule, touring in Norway with American musicians, performing on various locations in Lillehammer, and participating in the Olympic closing ceremony, which was broadcasted around the world.

Their last international TV appearance showed them participating in an original musical medley presented in the EuroSong'96, as part of the entertainment offered by the Norwegian hosts of the songcontest.

In 1998 Bukkene Bruse recorded their new album "Steinstolen" on Heilo Records. The album was released in November the same year. On this album Bjørn Ole Rasch became a member of the group. In Nov/December the same year the group toured Norway, Sweden and USA promoting the album. 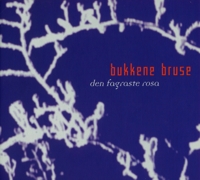 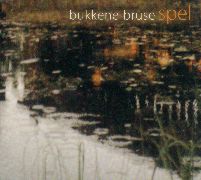 In 1999 the group did a lot of concerts in Scandinavia and travelled to Mosambique as ambassadors for the relief organisation "Save the Children". In December Bukkene Bruse was awarded Prøyenprisen, a prestigious award given by NOPA (Norwegian Popular Composers Union). The award was given to the group for their continueous contribution to the Norwegian popular and folk music. The same month the group went on a Christmas tour in Norway playing mostly in churches.

The same year the album "Steinstolen" was released in the USA under the name "The Stone Chair" on the Northside label. You can read more about the CD here and also hear some of the music here.

After several Christmas tours in Norway Bukkene Bruse decided to record a special Christmas album called "Den Fagraste Rosa" (The Most Beautiful Rose). The album was released in December 2001 to critical acclaim, and has been nominated for a Norwegian Grammy Award. Released 2002 in USA on the North Side label.

In February 2004 Bukkene Bruse's new CD was released. It's called "Spel" (Play) and is a live recording of Bukkene Bruse playing their most famous songs. All in new arrangements together with new material. Norwegian string quartet Vertavo is also featured on the album. You can read two reviews here. 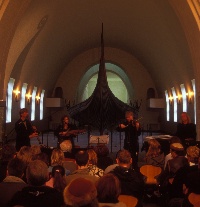 For more info on the Bukkene Bruse activities, please visit the personal websites of Annbjørg and Bjørn Ole.